I arrived at the Apple Store in Bridgeport Village at a little before 3 a.m. Already, the line was at least 100 people long. Maybe 200. I'm not sure. Especially with reports of low iPhone 5s gold stock in particular, I knew my chances were low from the start. But, I was there, so I gave it a shot. This map shows the line and where the end was at 3 a.m.

At around 6:05 a.m., Apple Store employees started coming around to say that they will start handing out cards in 15 minutes. People started getting up (some people started waking up). 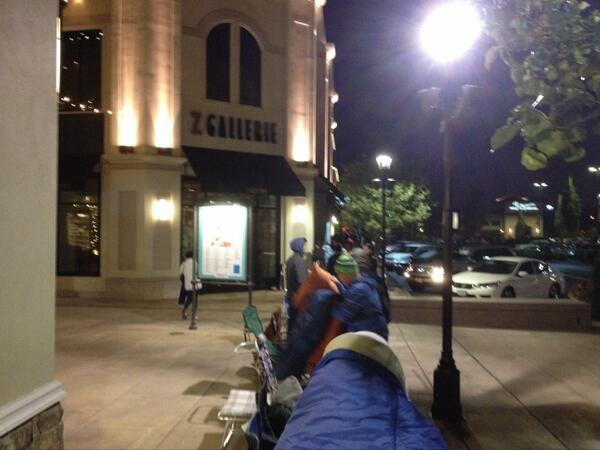 It's at this point that I started seriously considering what my reaction would be if there were no more gold iPhones. After going back and forth a lot, I eventually decided that I'd settle for silver, but not space gray.

Apple Store Employees started coming around to say that there are no gold or silver iPhones. I kept standing in line a good 5 - 10 minutes, seriously considering getting a space gray phone, before I finally left.

We currently estimate that your order for Apple iPhone 5s (32GB Gold) will ship within 21 - 28 business days.

Hopefully I'll have it in under a month.